Awakening, Kundalini and the Physical Body

There are many ways in which Kundalini energy moves around our body to help us awaken to spiritual dimensions. As we walk towards higher dimensions we need to remove the stagnant energies that have built our identity and block us from opening up to new ways of existing. Sometimes, those changes come as physical problems that we need to let go of to continue the journey. 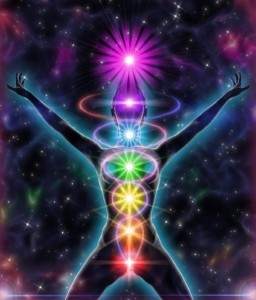 Awakening is quite a challenge at every level. The emotional, the spiritual, the mental and the physical dimensions are all involved and they all undergo a process that, even though, is all related, each dimension goes through its own transformation. In the “Fear of Letting Go” article I mentioned about Kundalini rising experiences. I just didn’t realized where they were taking me. Recognizing Kundalini energy depends on our sensitivity to its movement and the way it travels around our body. These movements can vary according to what is needed. Though it is subtle, it is very powerful and it can create havoc in our physical body. As I mentioned before, the first recognizible experience with it happened to me between 1998 and year 2000. The type of vibration I experienced in my body was so strong that I started freaking out and had no idea how to manage that situation. It can be scary because it is something that cannot be controlled unless you are someone who masters Kundalini energy in some way. Those first encounters happened at night, when I was in bed. The way they happened was so different from this second group of vibrational experiences that it took a while to identify that it was this energy moving, again, in my body. It has been several years that I have felt this sensation but it has been soft and has not bothered until recently. Mainly, it didn’t feel coming from the inside but rather from outside myself, that is why I didn’t pay much attention to it. I never considered that this energy, as it moves upward, can change its quality of manifestation. For instance, as it moved in the first 2 chakras, it was very physical. Now as it moves to the third chakra, it has manifested differently. I might not recognize it as it keeps going further up either because it can also change the way it appears. For each person it might be a different experience.

Several weeks ago, when the vibrations started again, I felt the energy going upward all the way to my Thoracic Vertebrae 1 (T1) but, this time, it came with pain in the middle back and a very focused pain on the T1. I did some quiropractic sessions, massage and breathing. The pain at T1 gently dissapeared but not so much the middle back pain. Suddenly, I fell sick with a cough and now I am lying in bed, at 3am, after surgery for kidney stones that ended in the ureter because of the heavy cough. Before the surgery, the doctors exams determined that I had stones in the ureter and also in the gall bladder. It didn’t appeal to me because of the type of mostly vegetarian diet that I consume on regular basis. This was not making much sense. Then, I reviewed my feelings since, buy studying Chinese Medicine, I know there is a relationship between the organs and the emotions. In this case, kidney and bladder are affected by fear and gall bladder and liver by anger. Gall bladder has to do with decision making as well. I started analyzing myself for either case. I could find some of both, fear and anger, but not to the extent that could distress my body in such a manner. 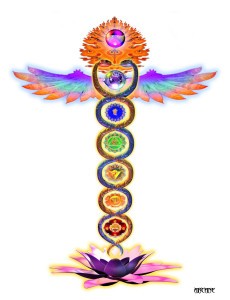 After 2 weeks of being sick and undergoing surgery I started having the same kind of middle-back pain I had when the Kundalini rising energy started moving weeks prior to this phase. Even the symptoms I had, how they appear, what has happened the whole week, has been unusual. I had pain on my upper left hip area for 2 days. The first day was bearable, the second I had to take some Tylenol for the pain because if was strong, but with this pain reliever I was able to sleep and the pain went away. I immediately saw the doctor who sent me some exams and, after the scan, I had an amazing chill all over my body as if I had a fever, but there was no fever. I put on many layers of clothing and covers but the chill continued for like an hour until I decided to put a heating pad in my back. Suddenly the intense quivering disappeared and I was ok. Normally, if there was fever, with heat it would go up, but my case was the opposite. It was unusual and I have no idea why it happened. Next day I was taken for removal of the stone and I have felt a lot better yet the back pain didn’t quite go away. It was then that I finally connected this Kundalini energy movement, the pains I have had and this health issue because the energy movement concentrated from the kidneys up. Could it be that I am just sensitive to energy moving in the internal organs? Well, what I can say is that the energy moved in the spinal column. I still feel it moving at nights but now I know what it is. Was it a coincidence that those stones manifested their presence right when the Kundalini energy moved around the 3rd chakra, where the energy has been concentrating? Did the stones took over a year or more to become solid? If so, why did they gave signs of their presence as the energy moved around that area? If food is our medicine and I have had a quite healthy diet the last years, how could they have formed? Are they a reaction to an emotional process? Or are they totally connected to what my body needs to get rid of at the physical, mental and emotional dimensions to be more in tune with spiritual dimensions? Medical doctors would not even consider this possibility, and I cannot be blind with my own experience and believe I am just making it up to justify something else in my life. 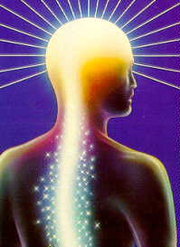 Aligning with the spiritual dimension implies, sometimes, harsh changes in the physical body since we carry, in the organs, the information of our emotional and mental patterns. If we are connecting to higher frequencies, we need to adapt to the requirements of those higher dimensions. It cannot just happen in our thought process. The body needs to start vibrating at higher frequencies and for that we need to prepare it. I can only speculate as to what those gall and kidney stones might be letting out of the body so, for now, it is useless to get into that. I have done this process all alone. No teachers, no guidance from more evolved beings. It is harder than doing it with help. Not all of us have access to knowledgeable teachers, yet I believe that this choice is the only one that forces me to learn to really look inside myself. I have asked help to the Universe, but it will give me whenever the moment is ripe, so patience is another of the lessons on the journey. This has allowed me to be more in contact with the body, the healing process, the healing crisis and how the body responds to the changes. I am eating very lightly. Juices and soups are the basis of my intake. There is an innate wisdom that we have and, to access it, we need to listen to ourselves. If I let the dependence on others become stronger I will hinder the connection to my own wisdom. On the way, I need to consider being open and differentiante the state of stubborness with the state of inner connection. 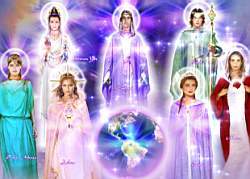 Since I was a child I felt the presence of disembodied teachers that supported me on the way. When I grew up they even talked to me and offered many teachings. One day, around year 2000, they told me that they will not communicate with me again. I could not believe it. I told them that I could not understand why they would abandon me and they told me that I was ready. I never knew what I was ready for but one thing they told me is that there is no difference between depending on a physical or disimbodied teacher. If I wanted to learn to listen to myself I needed to be on my own, otherwise I was going to keep waiting always for whatever they had to say. I have never felt so alone in my life. For years I was unable to meditate because they came in the silence of meditation. At first I thought it was my own mind playing tricks on me, but when I did feel their total absence I realized they really meant it. And they were right on. This has taken me to turn my attention to the Higher Self. I still feel I need guidance and ask for it to the Universe, but the level of dependence has definitively changed. It has been a great journey in spite of the downfalls. The best way to develop our intuition is to learn to discern the energy that moves through sensations, thoughts and feelings. As we keep on walking things get clearer and we can really know.

4 Comments to Awakening, Kundalini and the Physical Body

You have Successfully Subscribed!